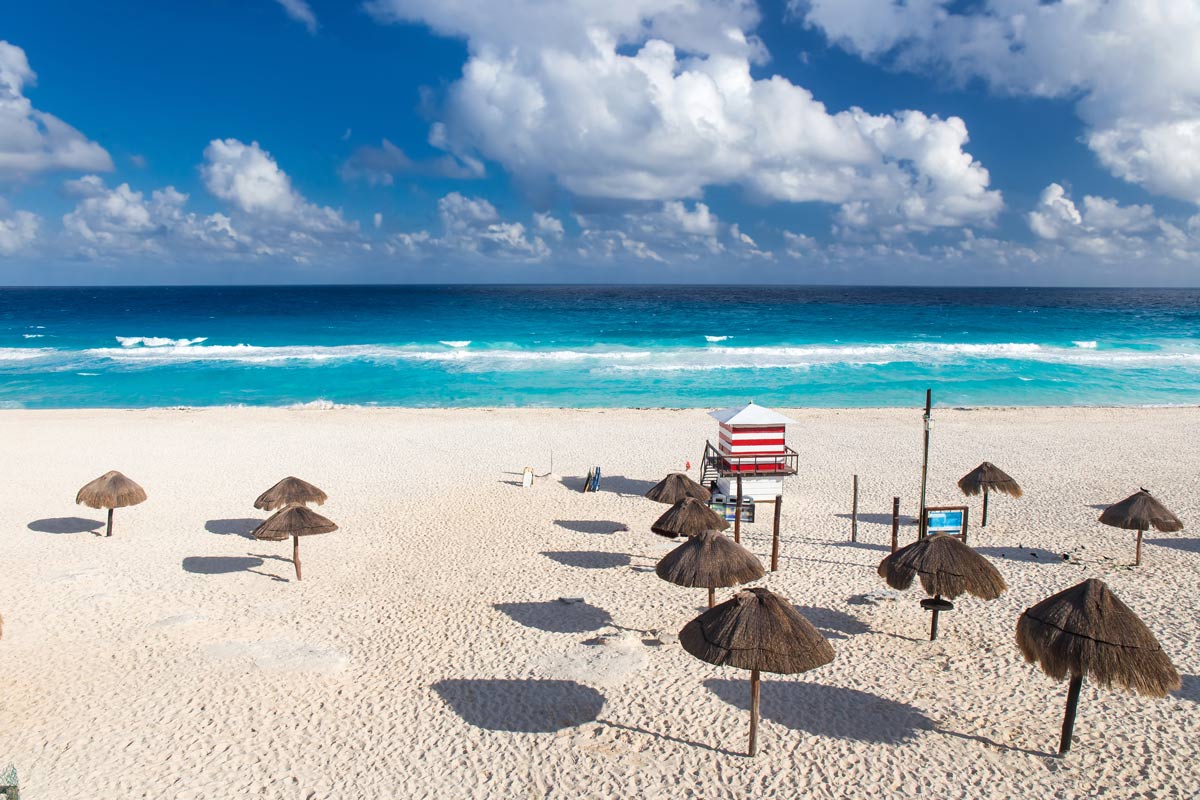 Merida, the lively capital of the Yucatan state in Mexico, has a rich Mayan and colonial heritage. The central point of the city is the Plaza de la Independencia, which has on its sides the Cathedral of Mérida, similar to a fortress, and the Church of the Third Order, made of white limestone. Both colonial-era churches were built with antiques from ancient Mayan temples. La Casa de Montejo, a 16th century mansion, is an iconic site of colonial Plateresque architecture.